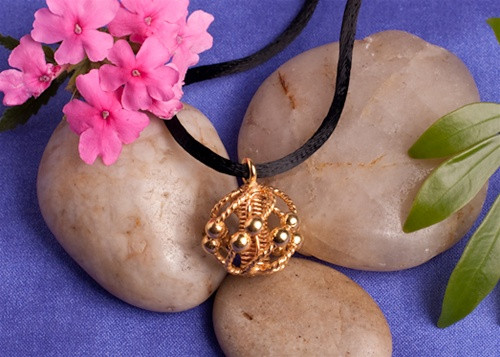 This Harmonizer measures about ¾” H x 1” W, comes on a satin cord, and is designed and reported to:

Comes with a small light lifering.