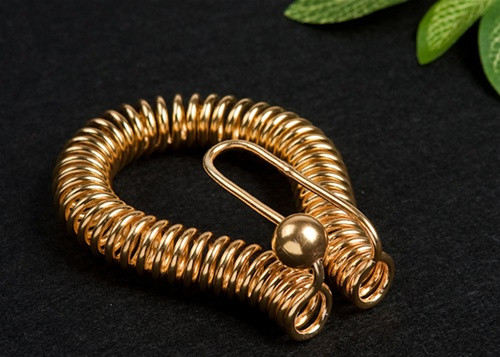 Sacred Cubit Light-Life® Feedback Loop Gold Plated;(copper base metal) The Loop draws out the “negative” energy from the body/aura and reverses the “spin”, thus “transmuting” the energy to a positive form. The energy being fed-back into the system acts as a wave-canceler or “phase conjugate mirror. This is not a medical device.

Jerry the owner of Source Books has used this device personally for well over 15 years.

Swami Beyondananda LIVE in the Here And Now!