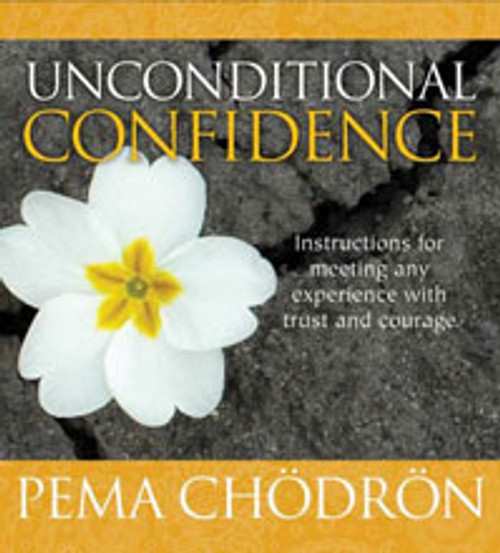 Pema Chödrön is one of today’s leading meditation teachers. With more than one million books sold to date, she draws sold-out crowds across the U.S.and Canada. On Unconditional Confidence she offers two accessible sessions to help anyone find courage in times of challenge and change. Featuring a three-step method for learning to work with uncertainty and fear and an exclusive interview, this liberating program offers practical tools and teachings that explore:

“For us to be of benefit to each other—in times of challenge or any other—we need to be able to tap into genuine confidence,” teaches Pema. Unconditional Confidence offers timeless wisdom and inspiration for developing this courageous skill for whatever life presents us.