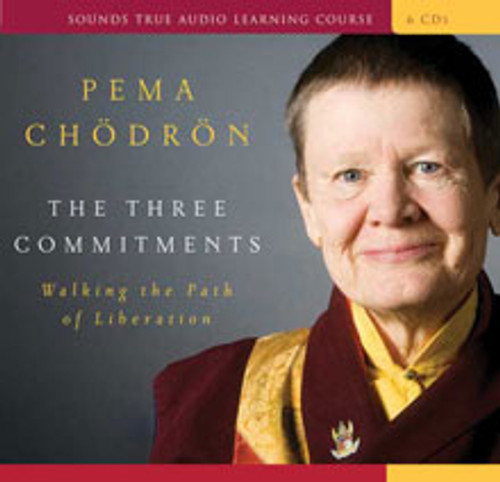 Tibetan Buddhism describes three gates that everyone must pass through on the road to spiritual liberation. With The Three Commitments, Pema Chödrön brings her unique blend of insight and gentle instruction to guide practitioners through each of these thresholds as they seek the source of true happiness.

As Pema explains, suffering arises when we resist the law of impermanence—the fact that everything we know, including ourselves, will one day die. Here she provides teachings and practices for fully embracing life’s ephemeral nature, using these three traditional monastic vows, or “commitments.”

In the past, initiates took their vows when entering the secluded world of the monastery. Today, laypeople are also embracing these commitments as a way to deepen their practice while fully participating in everyday life.

Through her practical instruction and accessible interpretation of ancient wisdom, Pema Chödrön helps listeners discover how each of these sacred vows is not a burden or restriction, but a guiding beacon on the path to liberation.