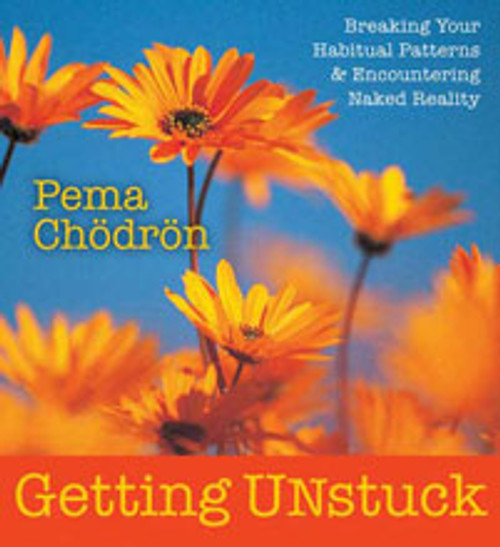 Have you ever had an itch and not scratched it? In the Buddhist tradition, this points to a vast paradox: that by refraining from our urge to scratch, great peace and happiness is available.

On Getting Unstuck, Pema Chödrön introduces a rare Tibetan teaching she received from her teacher, Dzigar Kontrul Rinpoche, and one that has become critical to her practice. Here, she unveils the mystery of an ineffable quality: a pre-emotional feeling that arises in us, brings us discomfort, and causes us to react by escaping the discomfort often with harmful habits.

With Getting Unstuck, she offers us a first look at both the itch and the scratch, which Tibetan Buddhists call shenpa. On this full-length recording, Pema Chödrön, bestselling author and beloved American Buddhist nun, shows us how to recognize shenpa, catch it as it appears, and develop a playful, lively curiosity toward it. Join Pema Chödrön to discover more about:

An urge comes up, we succumb to it, and it becomes stronger, teaches Pema Chödrön. We reinforce our cravings, habits, and addictions by giving in to them repeatedly. On Getting Unstuck, Chödrön guides us through this sticky feeling, exploring the moments when we get hooked, and offers us tools for learning to stay with our uneasiness, soften our hearts toward ourselves and others, and live a more peaceful life in the fullness of the present moment.