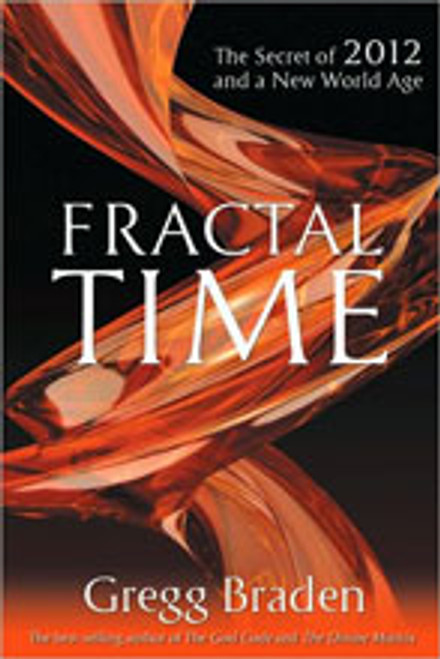 From former senior computer systems designer and bestselling author Gregg Braden merges these ancient and modern world views into a powerful new model of time. Marrying the modern laws of fractal patterns to the ancient concept of cycles, he demonstrates how everything from the war and peace between nations to our most joyous relationships and personal crises are the returning patterns of our past. As each pattern returns, it carries the same conditions of previous cycles—fractal patterns that can be known, measured and predicted!

What makes this model so important today is that the returning cycles also carry a window of opportunity—a choice point—that allows us to choose a new outcome for the cycle. Braden suggests that if we can see time from this perspective, the patterns will show us what’s in store for the future, and perhaps how to avoid the mistakes of our past.

After presenting the case histories that confirm the accuracy of fractal time calculations, the author crosses the traditional boundaries of science and spirituality to answer the question that must be asked: What does fractal time tell us about 2012, and beyond? Because the cycles repeat, the seed for 2012 has already happened and the pattern already exists! In a narrative format of easy-to-read science and true-life accounts, Fractal Time shows us what we can expect as we close the Great World Age described by the Mayan Calendar, and the secret to our moment in history.