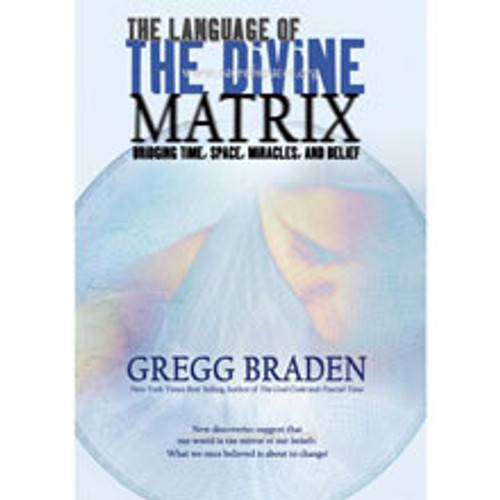 New discoveries suggest that our world is the mirror of our beliefs.

What we once believed is about to change!

What would it mean to discover that the power to create joy, to heal suffering,
and bring peace to nations lives inside of you?

Are the miracles that we see in the quantum world actually showing us
our greatest possibilities rather than our scientific limits?

Could the spontaneous healing of disease, an instant connection with everyone and everything,
and even time travel, be our true heritage in the universe?

Between 1993 and 2000, a series of groundbreaking experiments revealed dramatic evidence of a web of energy that connects everything in our lives and our world—the Divine Matrix. From the healing of our bodies, to the success of our careers, relationships, and the peace between nations, this new evidence demonstrates that we each hold the power to speak directly to the force that links all of creation.

Join Gregg Braden on this extraordinary journey bridging science, spirituality and miracles through the Language of the Divine Matrix.

Much of the material presented in the Language of the Divine Matrix is offered in Gregg’s book, Divine Matrix: Bridging Time, Space, Miracles, and Belief.

Note:  At the request of the author, some of the projector screen images have been blurred for the protection and privacy of the people being photographed.