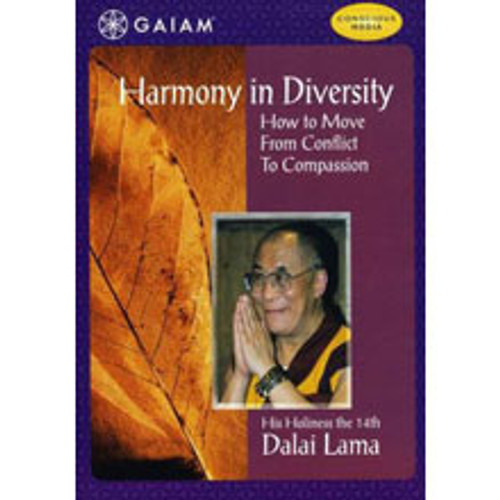 As we move beyond 2012 this is a message of the future and of hope that we should all share in our hearts and with each other, now more than ever. Join the 14th Dalai Lama of Tibet at New York City's Cathedral of St. John the Divine, for an extraordinary live presentation as the Dalai Lama offers a far-reaching vision of the universal harmony that awaits in the celebration of diversity. In an amazing message of compassion and wisdom, the Dalai Lama speaks of personal and universal themes.

Our future is dependent on our ability to build relationships and communities that bind us to common aspirations. Our world is, in his words, a human garden,beautiful because many different flowers grow in it. To help it grow, the Dalai Lama urges us to foster caring and respect for the many spiritual and cultural traditions in our world.

Only by nurturing and teaching our children and each other, and protecting the world we share, will we move from a century of violence to a new century of dialog in which individual efforts create a mass movement toward a world of lasting peace and freedom.