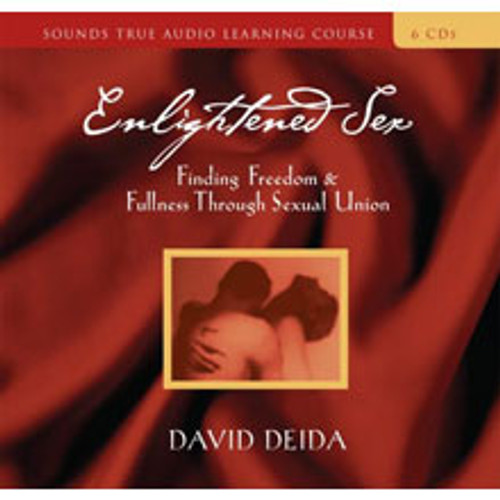 Are You Ready for the Deepest Sex of Your Life?

Maybe you've had great sex, but have you had enlightened sex? A union so profound that you and your lover dissolve open as one divine passionate light shining for the sake of all? On Enlightened Sex, bestselling author David Deida presents his first full-length audio curriculum for transforming your lovemaking.

In this seven-hour workshop about the art of engaged love, you are invited to explore:

Through 10 in-depth sessions of guided practices, sexual skills, and provocative insights into the nature of human sexuality, David Deida shows you how to sustain the ecstasy of deep sex. With this ability, you will find that during your intimate encounters and in every minute of your life, you are a beacon of conscious light for everyone, beaming with the effulgence of Enlightened Sex.