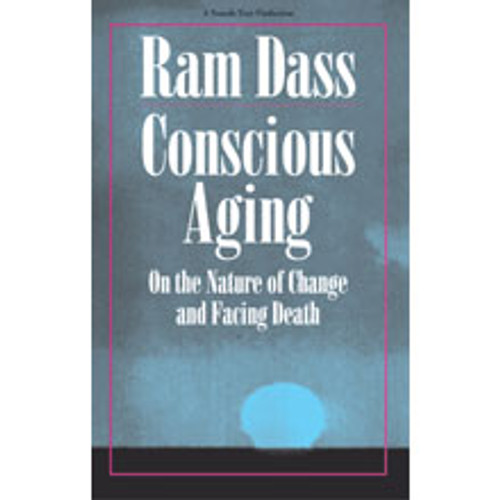 On the Nature of Change and Facing Death

Open Your Heart to a Life Filled with Abundance, Free of the Fear of Death

Conscious Aging is an unforgettable learning session with Ram Dass, the former Harvard professor whose teachings about love, compassion, and sacrifice have received international acclaim. On this live recording, Ram Dass brings into focus one of the great issues of our day: the fear of aging and death.

Carefully examining both Eastern and Western spiritual traditions, he offers wisdom tempered with reality. His point—when you lose your fear of death, you gain a love for life—holds profound meaning for the young and old. Here is a spiritual discussion about moving beyond our youth-fixated culture, to a place where we can see clearly that the final years of life can be just as creative and fulfilling as the early years.

Conscious Aging is a masterwork that will speak to you personally about living each day with an open heart, knowing that the most incredible stage of your experience has yet to come.