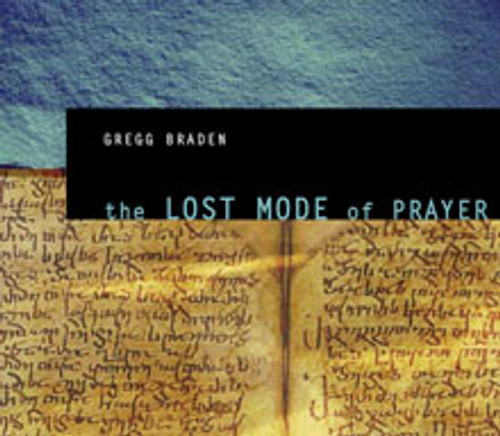 Learn a Lost Technology to Change the World and Your Destiny

Is there a forgotten spiritual tool that offers each one of us the ability to heal ourselves, our relationships with others, and even our endangered planet? On The Lost Mode of Prayer, Gregg Braden—the author of the phenomenal book Awakening to Zero Point—examines evidence from both modern science and ancient texts to shed light on a secret lost to humanity in the year 325.

According to Braden, this knowledge was relegated to elite priesthoods and mystery schools in the fourth century, leaving a crucial gap in our understanding of the world. Now, through newly translated texts preserved by the authors of the Dead Sea Scrolls, Braden reveals the inner workings of this powerful force sleeping in the mists of our ancient memory—and how to use this inner technology to create profound changes in ourselves and those around us.

Breathing: The Master Key to Self Healing (Audio Download)