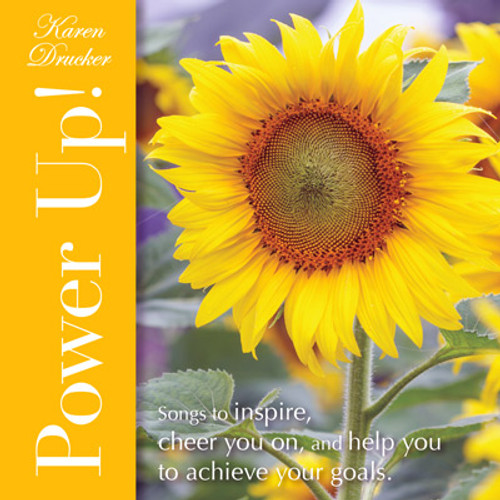 Power Up! is a compilation of Karen’s up-tempo, fun, high-energy songs.  This CD will be great for anytime that you want to have positive messages encouraging you, or you need something to remind you of your own power.  It is also a great CD to workout to!

I've Got The Power

Every Little Thought I Think

N-O Is My New Yes

I Don't Have To Be Perfect

I Lost The Right To Sing The Blues

My Religion Is Kindness

Chants and Sing A Longs CD only by Karen Drucker

Joy in Our Hearts (CD)