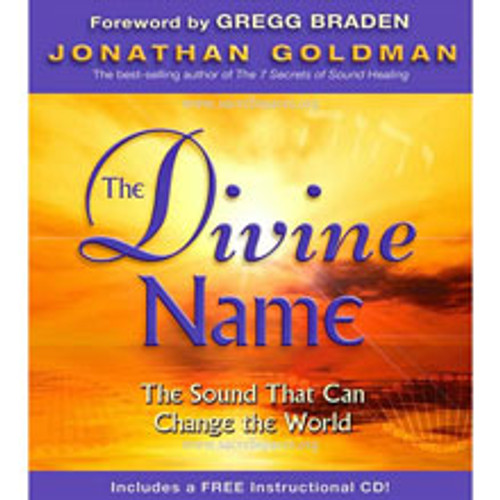 What if there was a technique for sounding the personal name of God that could change the world? . . .

In this groundbreaking work, sound-healing pioneer Jonathan Goldman shares his incredible discovery of The Divine Name, a universal sound that, when intoned, can bring harmony and healing to ourselves and the planet. This name, encoded within our DNA, is the personal name of God, once found in the religious texts that link over half the world?s population. Prohibited and then lost for nearly 2,500 years, The Divine Name is available once again. It is a sound that when vocalized has the ability to resonate both the physical body and subtle energy fields of anyone who intones it?irrespective of religion, tradition, or belief. It has the power to issue in a new era of human consciousness, uniting us in healing, peace, and oneness.

The Divine Name is a step-by-step process of vibratory activation that will allow you to experience the power, majesty, and healing of this extraordinary sound. Also included is an ?instructional? recording that will help you learn to intone The Divine Name yourself, enabling you to revel in its astounding transformational properties.

A Journey To Oneness: A Chronicle of Spiritual Emergence