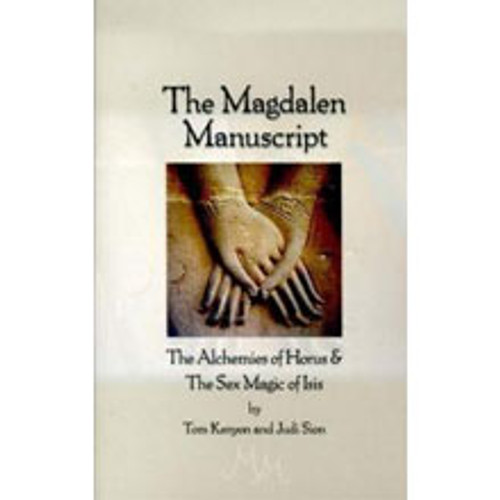 This is Mary Magdalen's A love so deep it has survived over 2000 years of lies, to be finally told now, in this, "the beginning of the ending of time." A High Initiate of the Temple of Isis, Mary Magdalen was the Holy Grail, the cup that carried the blood of Christ. And the long-prophesied "sun" that was born to her was a girl named Sarah.

In the Magdalen Manuscript, given by her and reprinted here, word-for-word as she gave it, she describes the alchemy that she and Yeshua practiced. This is the alchemy that prepared him to sustain life after death, so that he could meet his destiny and lay a trail of light through the death realms, a light path each of us can follow.

This is Her Story, revealing some of the deepest secrets of the Temples, as requested by Isis. To this remarkable test, Tom Kenyon has added a comparison of the major streams of internal alchemy, plus an in-depth look at Egyptian High Alchemy and a clarification of the Alchemies of Horus. Judi Sion, at the request of Mary Magdalen, has added One Woman’s Story, which is every woman’s story.

Alchemy of Horus: Energy Meditations from The Magdalen Manuscript (CD)

Alchemy of Horus: Energy Meditations from The Magdalen Manuscript (CD)

Awakening to the Spirit World: The Shamanic Path of Direct Revelation (Book)

All About Love (Songbook)

Hold on to Love (Songbook)