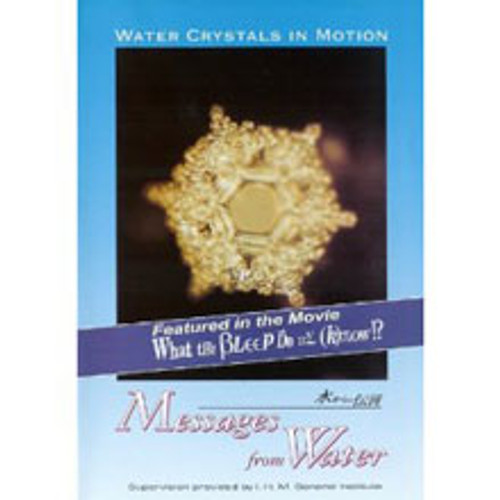 This DVD takes a photographic look at water crystals, we are able to determine the mysterious effects that music and words have on water. Until now, researchers alone, with the use of their microscopes, had the capacity to witness water crystals grow and expand. Not any more!

Caught on video for the first time: water crystals in motion!

* Water "listens" to music. Under normal conditions, distilled water can only produce simple hexagonal crystals. Not once it has"listened" to Mozart! Exquisitely shaped crystals formed and expanded as if in pursued of the beautiful music.

* Water can "read." Showing water the word "hope" produced crystals that grew and projected towards the image of hope itself.

* Water can "feel". Find out what happens when human thought is projected onto water!