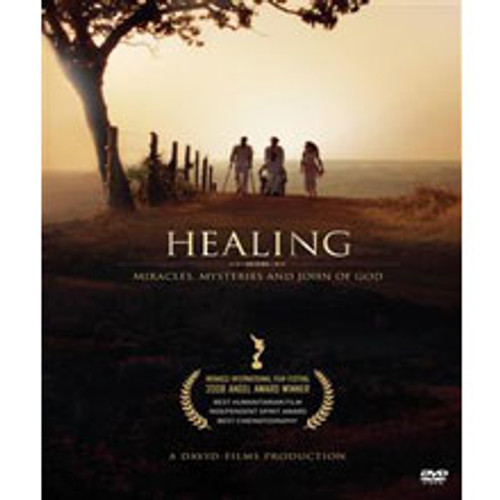 Witness the outstanding abilities of João Teixeira de Faria, known as John of God, one of the most powerful and respected healers in the world today.

This feature documentary, which gained three prestigious Angel Awards at the Monaco International Film Festival in 2008, takes you on a cinematographic journey to João Teixeira de Faria, also known as John of God, the miracle healer of Brazil. The film explores the extraordinary abilities of this internationally respected medium and shows João’s incorporation by one of the many spirit beings who work through him to heal sick and disabled people from all over the world.

Over one million people have visited the Casa de Dom Inácio centre in the village of Abadiânia. Since João first discovered this miraculous faculty more than 50 years ago, an enormous number of individuals, many with illnesses considered incurable, have received healing that mainstream medical opinion cannot explain.

The film takes an objective and unflinching look at the physical and emotional journeys undertaken by some of these people. It shows how spiritual energy can transcend conventional medical knowledge, and features remarkable sequences showing João being used by the spirit entities as a channel to carry out their miraculous work.

Healing is a visually stunning work that challenges conventional perceptions of normality. Through unbiased reporting of the facts, including testimony from doctors, scientists and people who have been restored to health, it provides a unique insight into the achievements of a man who insists he is merely the instrument through which faith, compassion and benign spiritual forces are channeled to alleviate suffering.

Whatever your beliefs, Healing cannot fail to inspire, impress and intrigue. It will lead you towards an acceptance of the fact, supported by indisputable visual evidence, that in this quiet Brazilian village, something truly miraculous is happening for the benefit of mankind.