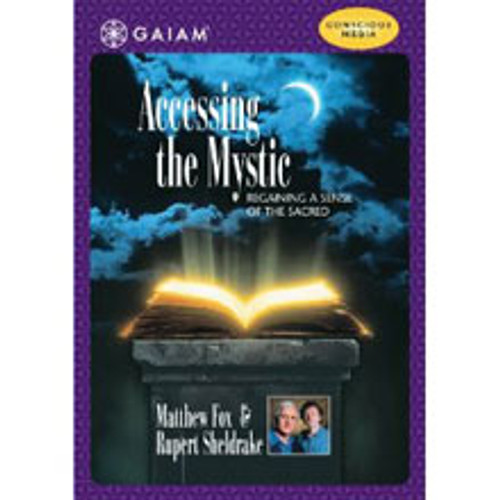 Science and spirituality collide when biologist Rupert Sheldrake and postmodern theologian Matthew Fox, explore the practical aspects of mysticism and the attainment of higher levels of consciousness.

In Accessing the Mystic you will learn how the marriage of science and spirituality can deepen the wonder and mystery in everyday life. Discover comprehensive steps you can take to personally access and experience higher levels of consciousness and a mystical reality that exists inside each of us.

Learn four practical paths (Via Positiva, Via Negativa, Via Creativa, Via Transformativa) that lead to mysticism and how changing consciousness and creating mystical experiences can be a common daily occurrence. Exhilarating ideas and fascinating discussion for both the scientific and spiritually minded.