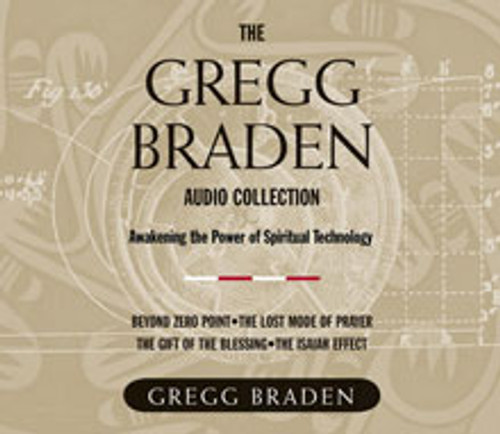 Where is human evolution taking us? To answer this question, bestselling author Gregg Braden continues to break ground, merging the wisdom of lost prophecy and ancient prayer with the latest in scientific research on the destiny of humankind. The Gregg Braden Audio Collection brings together for the first time his revolutionary works including a bonus CD with all-new teachings, available nowhere else.

Lost Mode of Prayer: Learn a Lost Technology to Change the World and Your Destiny (CD)

Soul Coaching: 28 Days to Discover Your Authentic Self (Book)

Journeys Into Past Lives (CD)